OPEN Webinar: Change the economy to save the climate

OPEN Webinar: Change the economy to save the climate

The Source network of the New Economics Foundation (NEF) and The Global Hub for the Common Good are delighted to invite you to the OPEN Webinar: Change the economy to save the climate.

This action is organised under the framework of the Global Forum NESI “New Economy and Social Innovation” that will take place 19-22 April 2017 in Malaga (Spain) as a meeting place for change-makers working to co-create a more sustainable, fair, collaborative and people-oriented new economy.

“This is  probably the most difficult task we have ever given ourselves, which is to intentionally transform the economic development model, for the first time in human history”.

In December 2016 nations and international leaders celebrated the Paris Agreement. What has happened to Figueres´ statement? What actions can we take to put this critical statement back at the heart of the UNFCCC process and of the international efforts in general? What are the connections between the current economic system and the climate challenges? How can the different actors (civil society, businesses, institutions, academics) collaborate to catalyse those changes?

Robert Pollin is Distinguished Professor of Economics and Co-Director of the Political Economy Research Institute (PERI) at the University of Massachusetts-Amherst.  He is also the founder and President of PEAR (Pollin Energy and Retrofits), an Amherst, MA-based green energy company operating throughout the United States.  His books include The Living Wage: Building a Fair Economy (co-authored 1998); Contours of Descent: U.S. Economic Fractures and the Landscape of Global Austerity (2003); An Employment-Targeted Economic Program for South Africa (co-authored 2007); A Measure of Fairness: The Economics of Living Wages and Minimum Wages in the United States (co-authored 2008), Back to Full Employment (2012), Green Growth (2014), Global Green Growth (2015) and Greening the Global Economy (2015).  He has worked recently as a consultant for the U.S. Department of Energy, the International Labour Organization, the United Nations Industrial Development Organization and numerous non-governmental organizations in several countries on various aspects of building high-employment green economies.  He has also directed projects on employment creation and poverty reduction in sub-Saharan Africa for the United Nations Development Program, and has worked with many U.S. non-governmental organizations on creating living wage statutes at both the statewide and municipal levels.  He is presently a member of the Scientific Advisory Committee of the European Commission project on Financialization, Economy, Society, and Sustainable Development (FESSUD).  He was selected by Foreign Policy magazine as one of the “100 Leading Global Thinkers for 2013.”

He has been working first shortly as searcher in economics at the University of Louvain, then was for five years manager at the Belgian telecom company Belgacom (now Proximus), did make a one year round -the-world trip as honeymoon, then became head of Credal – a social finances cooperative- for 8 years, then head of Greenpeace Belgium for 7 years and during that time Chair of Greenpeace Europe as well as chair of the Belgian Climate Coalition.

PARTICIPATE! You are invited to send your comments and questions to the speakers using #NESIForum and#NESIClimateJustice starting at 11 am on 8th November and until the end of the Webinar. 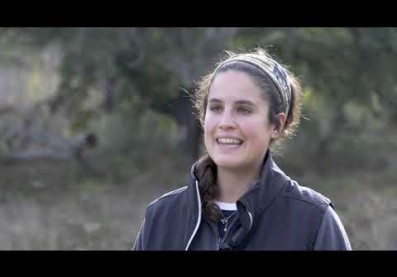